Tibetan doctors analyze the diseases starting from the principle that the disease manifests itself on a physical level after an energy imbalance. The difference between our body and a dead body is mainly energetic, there is a vital energy that makes our body work like electricity makes the light or the tv work. Vital energy can undergo imbalances if there is no harmony in the person. Tibetan medicine divides these imbalances into 3 humours: phlegm, bile and wind. 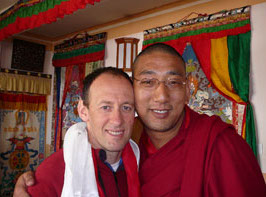 These humors can be influenced by factors such as diet, change of seasons, physical activities, climatic conditions, astrological forces and spiritual conditions.
The phlegm mood is based on inactivity, sedentariness and ignorance.
The wind mood is based on desire and attachment.
The bile mood is mainly conditioned by pride, anger and hatred.
With the contaminations of ignorance, desire and hatred, the mind blocks the energy and traps it. 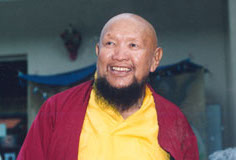 With our constant desires and cravings, we often fall into states of dissatisfaction. From the source of these disturbing emotions derive physical diseases (pains) and emotional and mental illnesses (suffering). According to Tibetan medicine, the basis of all suffering is the ignorance of how reality really is (phlegm), this non-knowledge in turn produces desire (wind) and then pride (bile).
Wisdom is the antidote of the poison of ignorance from which all other poisons arise.
Morality treats desire, greed and concupiscence and its antidote is the contemplative meditation on the objects of attraction. 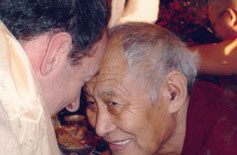 Concentration heals hatred and anger, its antidote is the meditation on compassion and love in order to care for the suffering of others.
In the Tibetan medicine, the direct transmission of wisdom, morality and mind-to-mind concentration is essential to achieving deep healing.
In a non-dualistic philosophy such as that of the Tibetan healers, spirituality and medicine are never actually separated. Health is the harmony of the three humors: phlegm, wind and bile. 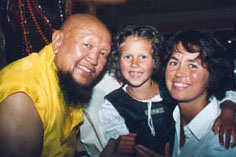 ORIENTAL PHILOSOPHY
KARMA (THE LAW OF CAUSE AND EFFECT)

Karma determines the relationships between cause and effect.
If we plant rice seeds and create favorable conditions, neither potatoes nor peas will manifest but only rice. It is a natural law and we live immersed in this omnipresent law.
If we understand the cause and effect principle we can see with sufficient clarity how gradually we produce the dimension of life in which we live. Understanding this law therefore makes us more responsible for our actions. This perspective is opposed to fatalism. Those who entrust the sequential events of life totally to destiny have little chance of growth because they will not put energies to identify and eliminate the causes of the sufferings that were created by our previous actions. It is important to understand that sometimes small immediate pleasures are in fact the cause of great future sufferings. With this clear understanding, it usually comes a spontaneous renunciation to commit negative actions. As long as the knowledge of the Karmic law is not profound, there is no renunciation but indomitable repression. By becoming aware of the mechanisms of our mind, we become more attentive, wiser and, if we progress in making the right choices, we get more joy and stability. The intention of the action is even more important than the action itself: if, for example, a person kills driven by hatred or jealousy, it generates a very different karma from a person who kills involuntarily (for example in a car accident). The implications of the same action are very different, the motivations are different and so are the results.
If we can understand that any of our actions leave a trace in our mind, and that this track will contribute to our future evolution or destruction, we are creating Karmic awareness. In this sense, following moral rules can help us avoid damaging ourselves and others. Morality and ethics are needed to protect us from the suffering induced by our non-virtuous actions.
This philosophy leads us to take responsibility for our actions and to understand the consequences. People who ignore the karmic law tend to accuse others of their own suffering and misfortune.
Wanting to control and change others is easier than checking and changing oneself, it requires less efforts. The Karmic law, instead, teaches to change situations by taking actions on oneself and not blaming others.